An article from “Yoga Journal” magazine about Corporate Yoga

In boardrooms from Manhattan to Silicon Valley, the mantra "let's do lunch" is being replaced by "let's do yoga." 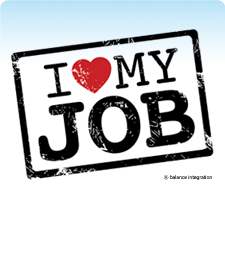 
Just after sunrise, I am lying on the floor of Mohonk Mountain House in New Paltz, New York. Next to me are 14 other students from the Market Development department at MTV Networks, here on a two-day corporate team-building retreat. The program includes sports, hikes, a croquet tournament, and this yoga class for "active relaxation."


"Your hands are like cosmic conductor cables," intones our instructor Sara Harris. "The hands bring energy into the body and they send healing energy out. Focus on your hands and the energy; then listen to your breathing and feel the echo of your heartbeat."


Harris, who has taught classes for NYNEX, IBM, and AT&T, uses business buzzwords like "systems" and "mind screen" to tap into the language of her students.


At the end of class, Harris has us lie on the floor and leads us in relaxation. She tiptoes around the room, placing an acorn at everyone's side. "In this little acorn there's a huge oak tree," she says softly. "Let this acorn be a reminder of how powerful your energy is. All you have to do is channel and focus it." Harris's metaphor resonates with everyone in the room. Afterward, I talk to one of the MTV staffers who tells me, "Life at work is full of distractions. Yoga gives me an opportunity to focus, since it's rare that everything is so serene."


This attitude may explain why yoga is catching on at corporations. Nike, HBO, Forbes, and Apple all offer on-site yoga classes for their employees. These and scores more Fortune 500 companies consider yoga important enough to offer classes as a regular employee benefit.


"Yoga is very hot—we wouldn't open a fitness center without it," says Holly Byrne of Frontline Fitness, a Manhattan-based consulting company that manages corporate fitness centers for Wall Street brokerage houses, law firms, and publishing companies. It is the calming effect of yoga that appeals to many employees, says Byrne, who recognizes that the name of a class can have an impact on its popularity with members. "We've found that in Wall Street firms, a class in stress reduction doesn't fly because people think, 'I don't want other people to think I can't deal with the stress level of my job; and if I can't, I shouldn't be working here.' If you call it yoga or meditation, it's more positive and people come."


Now they do, but 15 or 20 years ago they might have run the other way. "Today, yoga is pretty much standard equipment in corporate fitness centers," says Beryl Bender Birch, author of Power Yoga (Simon and Schuster, 1995). Director of wellness at the New York Road Runners Club for the past 18 years, Birch has taught at Pepsico, General Electric, AT&T, and Chase Manhattan Bank, among other companies. When Birch first began teaching yoga in corporations, she kept it physical, not spiritual. She even avoided using Sanskrit terminology so her students wouldn't be turned off. "Now it's totally changing, and I'm doing things I wouldn't have dreamed of doing 10 years ago," Birch exclaims. "Last week we were chanting in our uptown Road Runners Club class!"


Yoga and the Bottom Line


The current boom in corporate yoga can be traced back 25 years to when companies began adopting wellness programs to lower health care costs, explains Edie Weiner, president of Weiner, Edrich, Brown, Inc., a New York-based trend analysis firm. At about that time, the Surgeon General issued a warning saying inactivity was as big a health risk as smoking cigarettes. Many companies jumped at the opportunity to establish fitness programs as part of a wellness initiative and began subsidizing gyms, which offered yoga as a "lite" exercise option.


"Whether or not studies have actually proven that productivity is up and health care costs are down, anecdotally, the evidence that it works is overwhelming," says Weiner. "Companies understand you have to address employees' health and well-being. Employees need time to relax, and a lot of people are gravitating towards yoga as a way to manage stress."


According to researchers from the Stress Reduction Clinic at the University of Massachusetts Medical Center in Worcester, yoga in conjunction with meditation can indeed relieve stress and improve work performance. The Stress Reduction Clinic is the oldest and largest hospital-based mind/body center of its kind in the United States, treating more than 10,000 patients since opening in 1979.


The clinic delivers meditation and yoga-based classes to clients ranging from judges and correctional staff to the Chicago Bulls, and offers a five-day retreat for CEOs in the Arizona desert. A majority of the clinic's patients report lasting decreases in both physical and psychological symptoms of stress. They also experience an increased ability to relax, greater energy and enthusiasm for life, improved self-esteem, and increased ability to cope more effectively with stressful situations. Recently, the clinic's parent institute, The Center for Mindfulness in Medicine, Health Care, and Society, launched an eight-week mindfulness-based stress reduction program for corporations. Its goal is to teach


participants how to manage stress, enhance clarity and creative thinking, improve communication skills, cultivate leadership and teamwork, and increase overall effectiveness in the workplace. This is just what any human resource department with a conscience would order.


When Bill Moyers interviewed the Stress Reduction Clinic's founder, Jon Kabat-Zinn, for the 1993 PBS series, "Healing and the Mind," Moyers raised the possibility that a placebo effect may result from a person's belief that the stress-reduction program will work for them. He asked whether they might feel better even though they're not sure what's happening. Kabat-Zinn replied, "Why not? I'll take transformational change any way it comes."


This attitude seems more and more common among human resources executives, who previously doubted the power of yoga and other mind-body exercise forms.


At HBO in New York, employee health and fitness director Bill Boyle can't keep pace with the demand for yoga classes. He recently added a third class to the weekly schedule and would add more if he had room. Boyle attributes the boom in yoga at HBO to rising levels of workplace stress. "Everybody is under more stress now, and has to perform better, and work more hours per day. Yoga gives them a chance to take it all in stride." Boyle is convinced that the investment HBO is making to subsidize yoga classes for employees is well worth it. "The deep breathing and relaxation employees get from yoga help them to be more focused and less anxious. When they go back to work, they're in a position to make better decisions. You don't want people making business decisions when they're stressed."


It's not just large corporations with deep pockets like HBO that are bringing yoga into the workplace. Gelula & Co., a 55-employee Beverly Hills firm that creates subtitles in 28 languages for about 200 films per year, is introducing a 7 a.m. free class for employees. Elio Zarmati, the company's 53-year-old president, wanted to share yoga with his employees after going to Stewart Richlin's class at Yoga On Melrose four mornings a week on his way to work. "I go to the office feeling a lot better on days when I go to yoga class, compared with days when I don't," says Zarmati.


Zarmati plans to hire Richlin to teach at Gelula. "I feel good doing yoga, and I'd like to give my staff that option. We're in a high-stress business making deadlines, and I think anything people can do to help them cope is a benefit to them and to the company. I'd like to see more of that in the workplace, and I want to put my money where my mouth is."


But in Birch's experience, it's the employees, those who experience the benefits of yoga directly, who are responsible for the corporate yoga boom. "What I've noticed since I started teaching yoga in corporations is that the demand for yoga classes is employee driven," says Birch. "The management of corporations has been dragged kicking and screaming into the mind-body discipline."


Christine Owens, a 45-year-old visual effects coordinator at George Lucas's Industrial Light and Magic (ILM) in San Rafael, California, is responsible for initiating and organizing a lunch-hour yoga class that meets three times a week. While ILM offers aerobics classes at no cost to employees, there is a five-dollar charge for the yoga class, despite high interest and attendance. "It's a place I can go and check out of work for a while and come back really renewed," says Owens, an upbeat, energetic woman. "It switches systems in me: I totally lose a sense of myself, and afterwards I feel so much more able to cope."


Nearly 3,000 miles away in New York City, these feelings are echoed by Doreen Sinski, a 37-year-old working mother. "Yoga has helped me look at things in a totally different way," says Sinski, who's been taking yoga classes at HBO for a year. "It has helped me tremendously in my personal life with my relationships; it's calmed me down and taught me not to let little things bother me. I can clear my mind of things that are not important, and I think I'm a better person for that." While people can be very demanding at work, she doesn't let it upset her. Due to her busy schedule, Sinski is convinced that had yoga not been offered in the office at lunch hour, she never would have found it.


Employee demands for more balanced lives have been the focus of yoga teacher Jean Marie Hays's work for the last four years. Before becoming a yoga instructor in the San Francisco Bay Area, she worked as an occupational health and safety engineer, helping private companies set themselves up as government-approved healthy workplaces. In scrutinizing work environments, she became aware of "a sort of draining of the spirit in the business world." She noticed an imbalance between people's business and personal lives.


It took her about 13 years to realize what the missing piece was, and when she did, she left her work and started a company that brings yoga into the workplace. Since 1995, she and her partner, Debra McKnight Higgins, have worked with more than 50 California companies, teaching yoga and stress management. This includes classes in breathing, effective communication, and Kripalu-style yoga.


Higgins and Hays teach Kripalu-style yoga because it's gentle and internally based—a nice counter to the externally based values of the corporate world. "Since there's less focus on exact alignment, it's easier to get out of your head and focus on what's happening inside your body, on what kind of posture you're holding inside that might be creating the tension in the first place," says Hays, whose only class requirement is that students turn off their cell phones.


Students who do yoga at the workplace often move swiftly in and out of a class scheduled between meetings and work commitments. But yoga helps them go back to work with a clearer head. It provides an opportunity to let everything go for one hour during the workday, to find quiet and stillness, focus on breathing, and allow for relaxation. "A freer body gives you a more open mind," says Theresa McCullough, who teaches at HBO. "How you feel physically is going to affect how you function mentally," she reasons.

"Peace comes from within. Do not seek it without"
-Buddha
Posted by Cassie at 4:09 AM No comments:

Email ThisBlogThis!Share to TwitterShare to FacebookShare to Pinterest
Labels: Quotes

Small group classes and themed parties can be a lot of fun or extremely relaxing depending on the outcome you are wanting to achieve with your function. “Moms groups”, “Bridal showers”, “Yoga and Wine night” 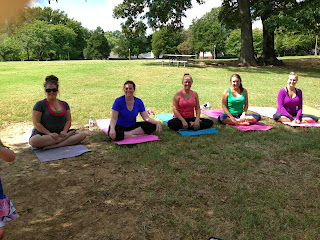 Posted by Cassie at 8:55 AM No comments: